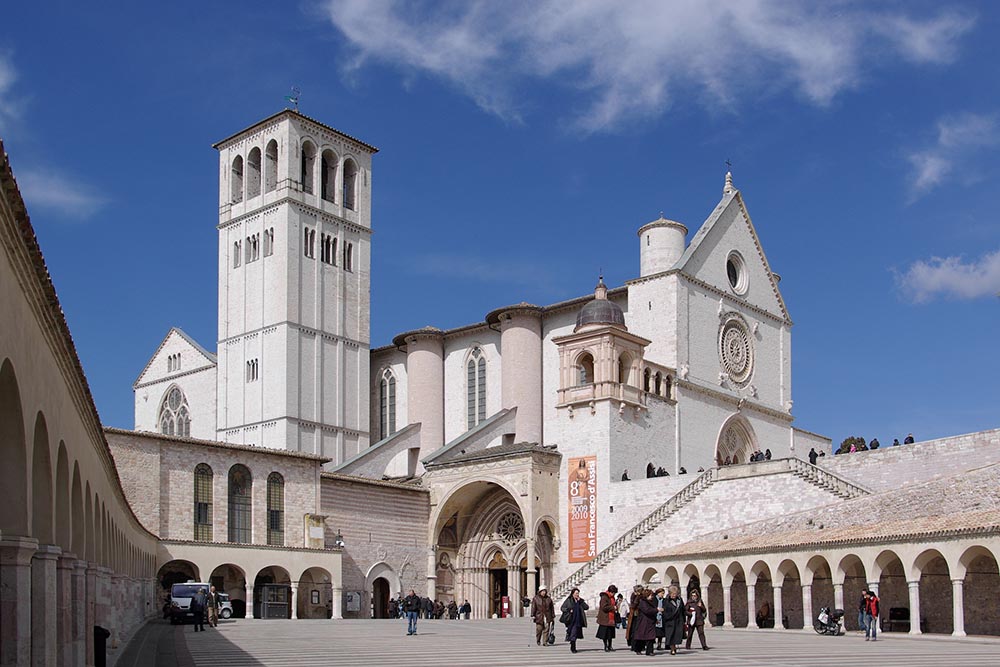 It’s really difficult to talk about Assisi in few lines. It’s really a place to visit if you are in Italy not only for religious reasons but for its wonderful artistic and historic heritage. One of the most interesting monuments is of course the XIII century Basilica di San Francesco formed by two Gothic churches known as the Upper and the Lower Church, both decorated with frescoes by numerous painters such as Cimabue, Giotto, Simone Martini and Pietro Lorenzetti. Designed in 2000 as a World Heritage site by UNESCO, Assisi has much to offer to his visitors, just to mention some of them: the Tempio di Minerva, the Basilica di Santa Chiara and the Chiesa di Santa Maria Maggiore.

At the bottom of the hill where Assisi is built, in the village called Santa Maria degli Angeli you can visit the wonderful Basilica which houses the “Porziuncola” a small church dating from the 9th century which was given to Francesco by some Benedectine Monks with a fresco depicting the Crucifixion by Pietro Perugino.

We suggest you: 2,4 miles away from the centre of Assisi, on the slopes of Subasio you will find the “Eremo delle Carceri”, a  small and really beautiful  hermitage surrounded  by thousands of holm-oak trees di lecci that you can easily reach by car or with one hour walking.

By admin
Surroundings
Do you need to have Hotel / Resort template?
Purchase this template

The Garden Hotel is located in Terni, just outside the city in a convenient location and really easy to reach Rome.