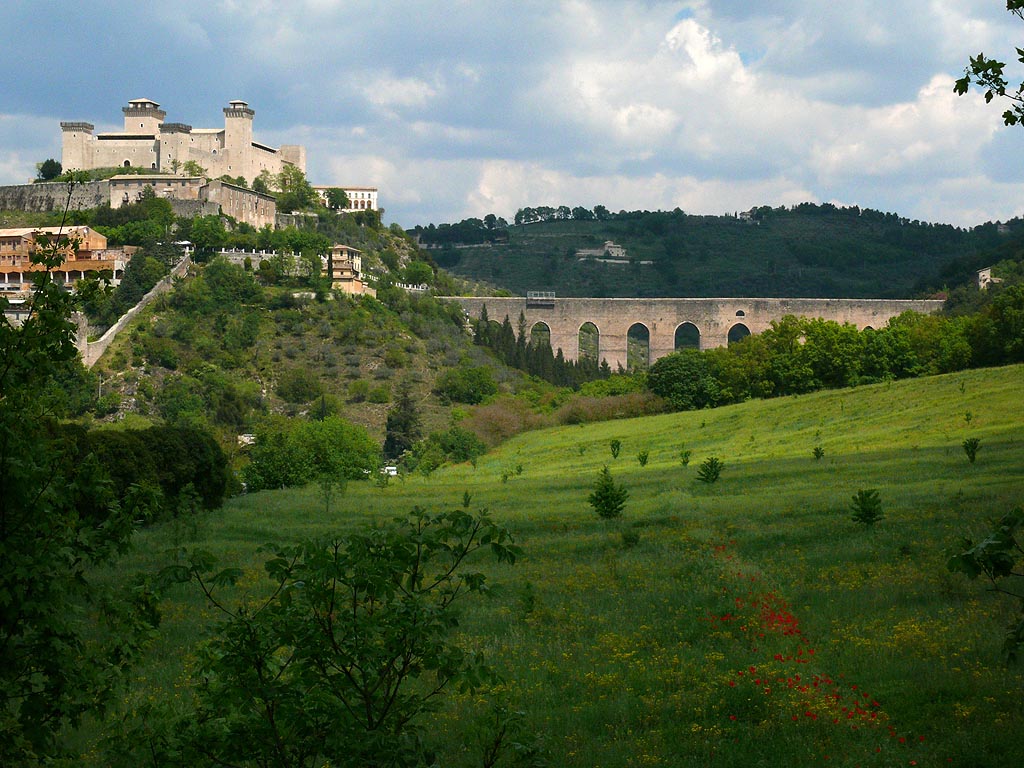 You can easily reach the beautiful Spoleto driving north along the S.S. n. 3 Flaminia which links the Adriatic sea and the Thyrrenic. From your Hotel Garden in only 30 minutes you’ll be there.

The road Flaminia goes up and down among the mountains but when you get there you’ll immediately understand that you are in Spoleto and you will stand entranced before its beauty looking at the Ponte delle Torri (Towers Bridge), a striking roman aqueduct that links Monteluco to Spoleto and the Rocca Albornoziana fortress. Park your car and you’ll be immediately walking into the history, from pre-roman times until today. You will walk up and down in the narrow streets that will lead you in Piazza del Mercato with the beautiful Arco di Druso dating back to Emperor Tiberius and from there in few minutes you’ll be in front of one of the most beautiful Romanesque Cathedral in Umbria with its Duomo. Its facade is characterized by the XIII century mosaic and the interior by frescoes and paintings by Pinturicchio, Filippo Lippi and Piermatteo da Amelia.

Since 1958 the Festival dei due Mondi took place every year in Spoleto for three weeks in the months of june and july. It’s one of the most important cultural events in Italy, with music, theater and dance performances hosted in the theaters of the town and in the charming Teatro romano. Not to be missed!
We suggest you: If you like hiking, we suggest you to discover Spoleto the easy treks “Giro dei Condotti” and the “Corta di Monteluco” both starting from the Ponte delle Torri. We are sure you will enjoy them!

By admin
Surroundings
Do you need to have Hotel / Resort template?
Purchase this template

The Garden Hotel is located in Terni, just outside the city in a convenient location and really easy to reach Rome.